"I have lived, and have not lived in vain. My body may lose its force, my mind its fire, and my frame perish even in conquering pain. But there is that within me that shall tire torture and time and breathe when I expire."

Talin is nothing short of hideous. An ugly scar stretches from his left temple and across his face to his right jaw, taking his left eye and most of his nose with it in addition to dragging his mouth down into a perpetual snarl. His one remaining eye, a flat gray color, looks you up and down before moving on to scan the environment.

He wears a tattered brown longcoat, made of oiled leather to keep dust and rain alike off his clothing. A chain shirt glitters underneath, with a falchion, longbow, and quiver all slung over his back. He keeps a log tucked in his pocket and out of sight.

They don’t come much creepier than Talin. The ranger’s origins are mysterious, as he’s not very talkative on the subject. What is known is that he came from the small Senju Village, and was there when the Empire attacked and burned everything to the ground. The village would be rebuilt as a fort under control of the Imperial Order and its few survivors shipped of to work as slaves in the mines of The Land of Fire, supplying the Imperial war machine with raw materials. Talin now works as a mercenary for the Lotus Alliance, unleashing his revenge on Imperial Order troops whenever possible.

Talin was horribly maimed in the fighting at Senju, taking a hook sword slash to the face. The blow started at his left temple, traveling across his face and down to his lower right jaw, removing his left eye, most of his nose, and tearing open his mouth. None of it ever properly healed, although Talin didn’t exactly take great care in treating his injuries. Today, the eye socket stands empty and uncovered, a festering hole in his head. The remains of his nose are a mangled, deformed mess, and his mouth is twisted permanently into a snarl.

He blacked out from pain after losing his fateful duel, and was left to die with his blood soaking into the dirt. He should have died that day.

He awoke several hours later, able to see out of only one eye and his entire face a bloody, raw mess. Staggering to his feet, he stood and looked at the burning wreckage of his life. His hands tightened into fists until his nails drew blood from his palms.

“I swear…on the memories of everyone lost today…” he hissed aloud, “For every drop of my kin’s blood spilt…I will take a gallon. My vengeance shall be swift and unrelenting, and I shall not rest until the Empire is shattered…” He took a shuddering breath. “…or I am. For as long as I draw breath, there shall be no peace for the Order.”

Bending down, he picked up his sword. As he began to move, he saw a figure struggling under a pile of burning rubble. It was a man, one of his own.

“Please, help me…” the man gasped. “Been stuck here for hours…can’t feel my legs…”

Talin stared at him coldly, then at the road the fire troops had taken. It would take hours to dig the man out, let alone see to his wounds. Slowly, he turned away and began walking, unsteadily at first, but quickly gaining confidence, toward his destiny.

He never looked back, even long after the man’s desperate pleas for help had faded into the distance. 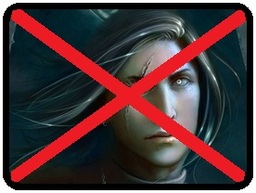